I don't know what my profession is. I loved the theatre, and I loved words, so it was logical to write for theatre. I write from my intuition, my sense of freedom, my feeling for words and rhythm. Sometimes from my heart, but not very much. They give the actors too many words.

Writers who've never acted tend to write 'full up. In a play, words are parentheses to the silences. They're useful for the actors, but only that; they aren't the whole story.

It doesn't make me sad at all. I love to laugh, but that has nothing to do with being happy. Writing helps me survive. I don't believe in happiness. One can be content, but the moment I'm content, I don't write. I don't need to.

I write when life is not enough. But I was an unhappy child, for some reasons I know and some I don't know. It's nothing to do with my family. 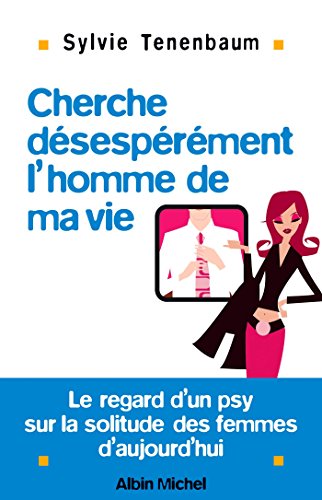 I've always known somehow that life is not easy. I was born feeling that life was sad. From him I got the sense that 'in this valley of tears, all is lent us. I don't know how to create roots. The only things I treasure are emotional - a book of drawings by my daughter.

People ask me, 'what have you done with the money you've made? My spirit is my only possession. Someone like me who's just not interested in ideological issues is considered reactionary. I don't have a clique around me; I don't have any sort of affiliation. Whatever it is, if it isn't produced in an anti-commercial, i. Conversely, anything commercial - that is, anything that solicits and requires audience support - is suspect. So for a long time I was puffed by the right-wing papers and tabloids but completely rejected by the [more intellectual] left-wing papers.

Meanwhile, the right wing papers - who don't even pretend to have a point of view - would say I was 'photogenic,' things like that, completely superficial things. After my work started getting done in Berlin, at the Royal Shakespeare, and in all the Scandinavian national theatres, the French intellectual establishment decided I wasn't so bad after all. So they're really there. In Paris, half of the audience is there and the other half came because somebody told them they had to see it or because their wives forced them to come.

People cough, they're only half paying attention. Whatever the play, if you really look at the house, at least a third of the audience is bored. It's not like that here [in New York] at all. The audience laughs a lot - perhaps a bit too much - but they usually stop laughing right away and listen. They don't cough, and during the silences they're completely silent. They pay a lot for tickets, but they're happy to be out there. English is a beautiful language, but in England it's very formal and doesn't allow invention.

American English is informal, keen to take influences, to invent words, just as I write in French. But I fear aging. I don't know what it will do to my dreams and desires. I fear everything that is a victory for time. Three-Finger Exercise.

A trio of friends, a white painting, a pallid play. The center of attention in Art, you won't be surprised to learn, is a work of art: a big, plain, all-white painting that Serge, a well-to-do doctor, has bought for , francs. His friend Marc, who fancies himself an art buff but hates the modern stuff, is appalled at the purchase and tells him so. Each of them tries to enlist the support of a third friend, Yvan, who has other things on his mind, mainly his approaching wedding. In the brief 90 minutes that French author Yasmina Reza's play takes to unfold, the three will debate modern art, lash out at each other with insults they will later regret, and generally explore the nature of their shaky friendship.

Art comes to the U. It has been eagerly awaited by Broadway: finally, in a season when big musicals are getting all the buzz, a straight play with a chance of becoming a hot ticket. The U. Director Matthew Warchus' sleek, mod production a white set dominated by three chairs and a coffee table is essentially the same as the one still drawing nearly full houses in London.

Unfortunately, Art is an overrated trifle: one of those small, schematic finger exercises that seem to win critical praise in direct proportion to their lack of ambition. The characters are all too easy to parse: Serge is a modernist but really a dilettante; Marc, a classicist who's a snob underneath; Yvan, an art-naif who goes whichever way the wind blows. The audience has little investment in the clash between them because their friendship seems implausible from the get-go: there's no explanation of how or why they became friends, no real sense of closeness.

This might be tolerable if Art worked as a Shavian battle of wit and ideas, but mostly it's just three guys needling each other about everything from Serge's haughty use of the term "the artist" to the way Marc's wife contemptuously waves away cigarette smoke. The link between art and friendship could actually be a fruitful subject for a play. How many of us have felt a pang of betrayal when a close friend or loved one has failed to share our enthusiasm for a favorite movie or novel?

But the issue is blunted here by the fact that the painting is treated as a joke from the start--and a dated one at that. It's the old wheeze about how abstract art appeals only to pretentious critics and suckers like Serge , while ordinary folks see the emperor's new clothes. Yet Art may prove that the joke isn't so outdated after all. The play, in fact, is much like the painting onstage. It's slickly rendered; it's got the critics' imprimatur; and if you stare at it long enough, you can imagine all sorts of shadings and hidden lines.

It's the social situation from hell. Imagine it: your promotion as a research scientist depends upon you and your wife wining and dining chez vous your smug superior and his put-upon spouse in cutting-edge cosmological studies. But whether it's through your mistake or theirs, they arrive a night earlier and find you in all your undoctored mess. That is the scenario of Life x 3 , the new comedy by Yasmina Reza, premiered now in a superbly cast and brilliantly timed production by Matthew Warchus in the National's Lyttelton Theatre.

The piece is adroitly translated by Christopher Hampton - his rendering of the titleperhaps not giving away the puckish and rather passionate twist Reza has given to the proceedings quite as directly as the original French Trois Versions de la Vie. In its three scenes, her comedy hypothesises three different routes the evening could have taken.

The constants throughout are the personnel. The visitors are Oliver Cotton's sublimely conceited and casually misogynist Hubert, a cosmologist superstar and ladykiller who in order to give his host a leg-up may require the hostess to give him a leg-over. His own spouse, in Imelda Staunton's immensely attractive performance, is a sensitive, inquiring woman stuffed for social purposes in a body-stocking of embattled sleekness. It's his prevaricating psychology, perhaps over-spelt out for us by his wife, that dictates the form of the play and its built-in alternatives.